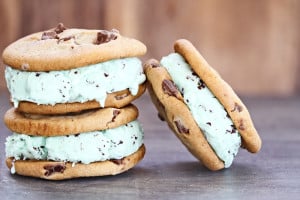 Researchers have recently explored documents from the food industry that date back to the 1960s. It was apparently around then that scientists first found that sugar was a major factor in tooth decay. Due to this information, dentists recommended limiting the use of sugar in foods to restrict intake and help reduce cavities among Americans. The researchers who have culled through the 60s documents are pointing the finger at the sugar and food industries for ignoring the plea. According to the researchers, the blame for tooth decay was deflected onto other sources by the food and sugar industries, similar to how the tobacco companies turn away from any wrong doing, and how the food industry ignores the obesity problem.

The reason the researchers began reviewing the documents was because the same was done in the tobacco industry. The review of internal historical documents helped create successes we’ve seen in tobacco litigation and control.

New guidelines developed by the World Health Organization (WHO) lists dental health as a major concern. Their goal is to reduce free sugar intake to under 10 percent of the individual’s daily calorie consumption. A 2014 study states the ideal target of 3 percent of total daily calorie intake.

Although found naturally in our diet, free sugars are also added to foods and beverages by manufacturers despite the role of sugar in dental disease such as tooth decay, gingivitis, and periodontal disease. Parents should also be aware that a high sugar diet can also lead to weight gain and can raise the risk of developing a chronic illness.

Lightening burdens and healing people are our guiding principles, and the reason why we take time to personalize every service we provide.

Dr. Smith, Dr. Sanders, and our entire team are dedicated to making exceptional dental care comfortable and accessible to everyone.

Our dedication to our community is one of the pillars of our practice! Learn more about charitable and volunteer work.

Dental insurance doesn’t have to be complicated. We accept most major insurance plans, and will file your claim on your behalf.